The Power of The Human Spirit 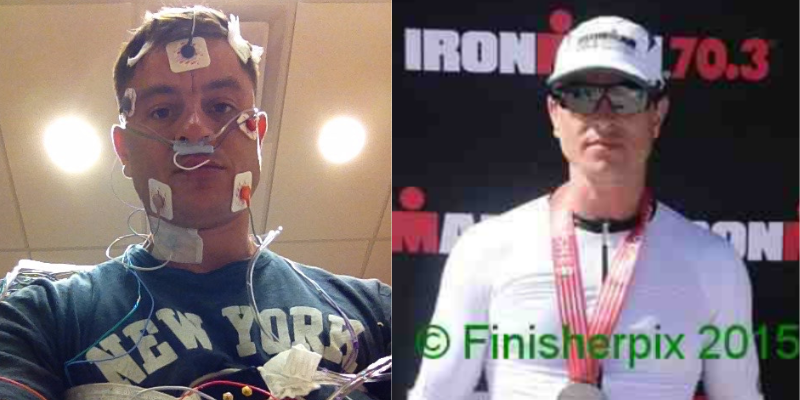 Ever get a horrible headache and not know why?

Debilitating headaches were a regular part of life and a multi-week occurrence when I met Chad six years ago.

He was referred to me by a client who offered to pay for his sessions if I could help him.

A week prior to our first session, Chad found himself standing in his bathroom, looking in the mirror and holding a loaded handgun to his head. At that time, he was experiencing frequent, debilitating headaches, lapses in memory, serious anxiety, depression and a total crisis of confidence, while facing the naval medical board process.

He expected to feel more free and unencumbered after his medical retirement, but he wound up facing a battle that was much more difficult thananythinghe had faced while he was an active duty Marine, including three combat tours.

Over the two days that we worked together during our first time in New York, we discovered a lot of Chad’s stress triggers. After doing a session where we calmed his central nervous system down and he felt more relaxed than he had in a long time, we ventured out of my office for a bite to eat.

The smell of burning pretzels from a food stand–a smell reminiscent of Afghanistan–caused his neck to start to get tight, which was historically the start to a headache while a dog’s sudden barking further amped up his stress level. After walking down the crowded street where he said he felt on guard because people were waking too close for his comfort, he and I both felt relieved to get into a restaurant and find him a seat in the corner with his back to the wall where he felt safe.

Over those first two days we spent together, he learned and practiced exercises that could help him keep his stress level below a 4 on a scale of 1-10, so he could calm himself down after he had been triggered before his stress reached debilitating headache proportions.

When he came back to New York several months later, he was no longer triggered by the same stimuli; he came to look forward to his trips to the city because he would feel better and leave with new tools that helped him heal at home to lessen the occurrence and duration of his headaches so he could pursue training for some athletic races and feel more confident in his body’s athletic performance.

I felt touched, moved, and inspired by his openness, courage, and willingness to do what it took to get better every time he visited.

Over the last six years, Chad dedicated himself to healing and did many different treatment modalities along with his exercises from me in New York. I saw him three to four times a year and each time I saw him, he was gaining more of his confidence back.

This past year, Chad went through my train the trainer program in which he learned how to do this work with others. Additionally, Chad and I are now partnering together to develop a program to help teach other veterans the exercises that have helped Chad heal and regain confidence in himself.

In honor of Memorial Day, and all the men and woman who have made sacrifices to keep us safe, I wanted to share our first video with you. In it, we look at some of Chad’s current triggers and go through a tapping routine to help desensitize him to them. The difference in him before and after the exercise is inspiring.

If you have stress triggers, this could help you as well, if you do it with us. It will also give you some insights into what many of our veterans face to heal and the inspiring power of their human spirit.

Click here to get your Exercise Guide that shows you how to take yourself through the same tapping routine, so if you get some relief, you can do it on your own.

2 Replies to “The Power of The Human Spirit”