Relief from Mercury in Retrograde here! 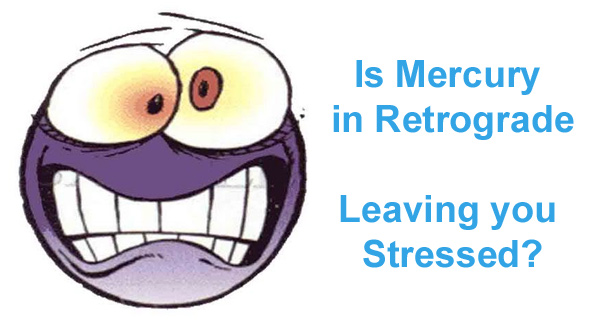 What does it mean when Mercury is in retrograde, anyway? Similar to the moon’s effect on tides and the heightened energy around the full moon, the planet mercury elicits its subtle energies upon us. Approximately 3 times a year for 3 week intervals, mercury goes into retrograde, or in other words goes backwards. That doesn’t mean it actually changes course and starts going backwards, however it’s an illusion caused by the respective orbits of mercury and earth.

The apparent backwards movement foreshadows what we all might experience during the mercury in retrograde period.

What is Mercury’s shadow?

As mercury nears retrograde and when it later turns direct again, we can sometimes experience a hint of its presence coming or going, particularly if it’s a strong retrograde. The 3 weeks prior and after the retrograde are referred to a it’s shadow and can sometimes elicit a mild version of the same experience we receive when mercury is in retrograde.

Common experiences with Mercury in Retrograde

I Overcame Mercury in Retrograde’s Effects and You Can Too!

In the past, Mercury going into retrograde has caused me quite a bit of stress. I would have both scheduling and electronic mishaps that resulted in major drama. Also, I would physically feel “off,” suffering from low energy, foggy-headedness and general irritability. It sucked!

Before Mercury’s last period of retrograde, a friend, who is also an energy healer, told me that the effects can be overridden. Amazed, I asked her to, “Please, teach me!” Then, during the retrograde, she came in to the studio and told me that even she was suffering through this one, LOL. Apparently, that last retrograde was a real doozy.

She and I both agree that the mercury in retrograde we are experiencing now (June 7–July 2) hasn’t been so bad. I think I’ve been able to naturally override the adverse effects of this retrograde because of the other energy work I’ve been doing. Since the start of this year, I have been really consciously letting go of expectations as I feel them come up.

As I tell my clients and classes all the time, “Expectations leave no room for new possibilities, so it’s best to let them go when you notice them.” Successfully managing your expectations by releasing them is key to a peaceful Mercury in Retrograde.

This video targets the energy systems I have found to be weak in many clients, and will help you to release expectations as they arise. This exercise has been hugely successful in helping my clients alleviate the symptoms associated with Mercury in retrograde!

Drop a comment below and let me know how it works for you!